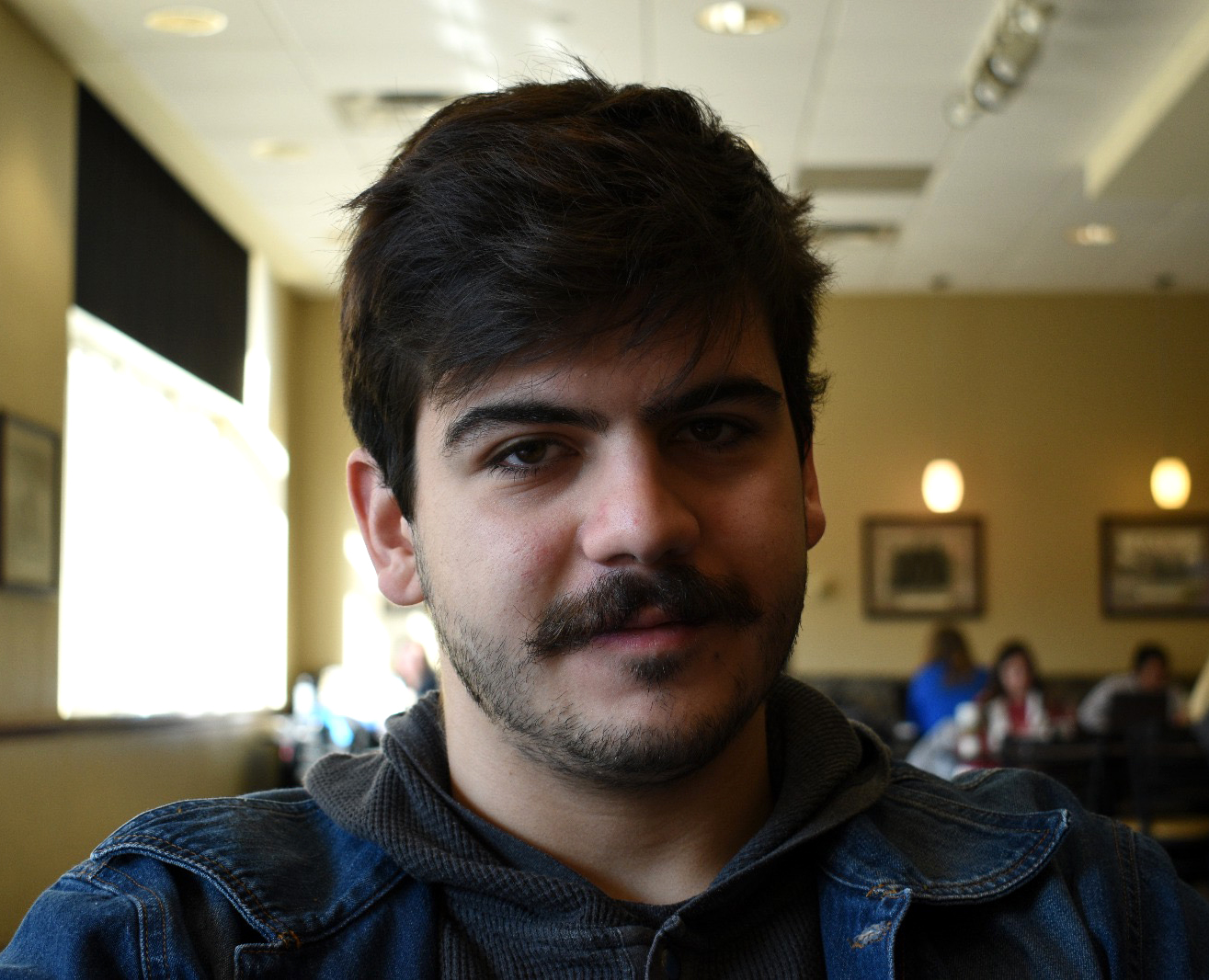 Most people who have been in the geography department for any length of time know we have our own band, The Urban Coyotes, comprised of professors who perform at the Tiger Tailgate potlucks, pool parties and end-of year celebrations. But some don’t know our department chair, Soren Larsen, plays regularly at places like Rose Music Hall in downtown Columbia or The General Store in Rocheport in his country-rock band Flyover Country.

But Marco Postigo Storel, a junior from Brazil who is majoring in International photojournalism, knew and requested to follow Larsen around for two weeks, watching him perform, teach, and do research for a photojournalism project he titles “Zoning With Music.”

Postigo Storel approached Larsen during the fall 2019 semester. “I asked if I could hang out, in class, working or rehearsing” he says. “He accepted.” The project, part of his Fundamentals of Photojournalism class, describes Larsen through few words and a stream of beautiful images.

“It’s hard, but when I graduate, that’s going to be my job. Adapting it is difficult because you’re used to taking pictures of an event. But with one person, to follow them, to go to things you are not used to, you feel uncomfortable at some point, but you still need to go because it is part of the story.”

Postigo Storel found his love in journalism after his physics teacher told him he had a good voice for the industry. “And I thought, why not! I was already interested in international stuff and politics,” he says. “I applied to the Top 10 journalism schools in the U.S. and got accepted into several journalism colleges and universities, but I chose Mizzou because of the place and the method they use (hands-on journalism with a community newspaper and television news broadcast). You are already living the professional life as a student,” Postigo Storel says.

Though next year he will be in Europe as part of his international studies, he may make Missouri home, or Brazil, or wherever. He may even go to war zones. “I like conflict photography,” he says. “It’s pretty awesome. I don’t think I’d be scared doing it. I’ve seen protests. I think it’s amazing to look at protests. You go home and see how amazing it is to make something into a photograph so expressive.”

But for now, Larsen and his band, his life in Cheslatta, his academia and research are live on a website for all to see. To see the story and images go to https://marcopstorel.visura.co/zoning-with-music.