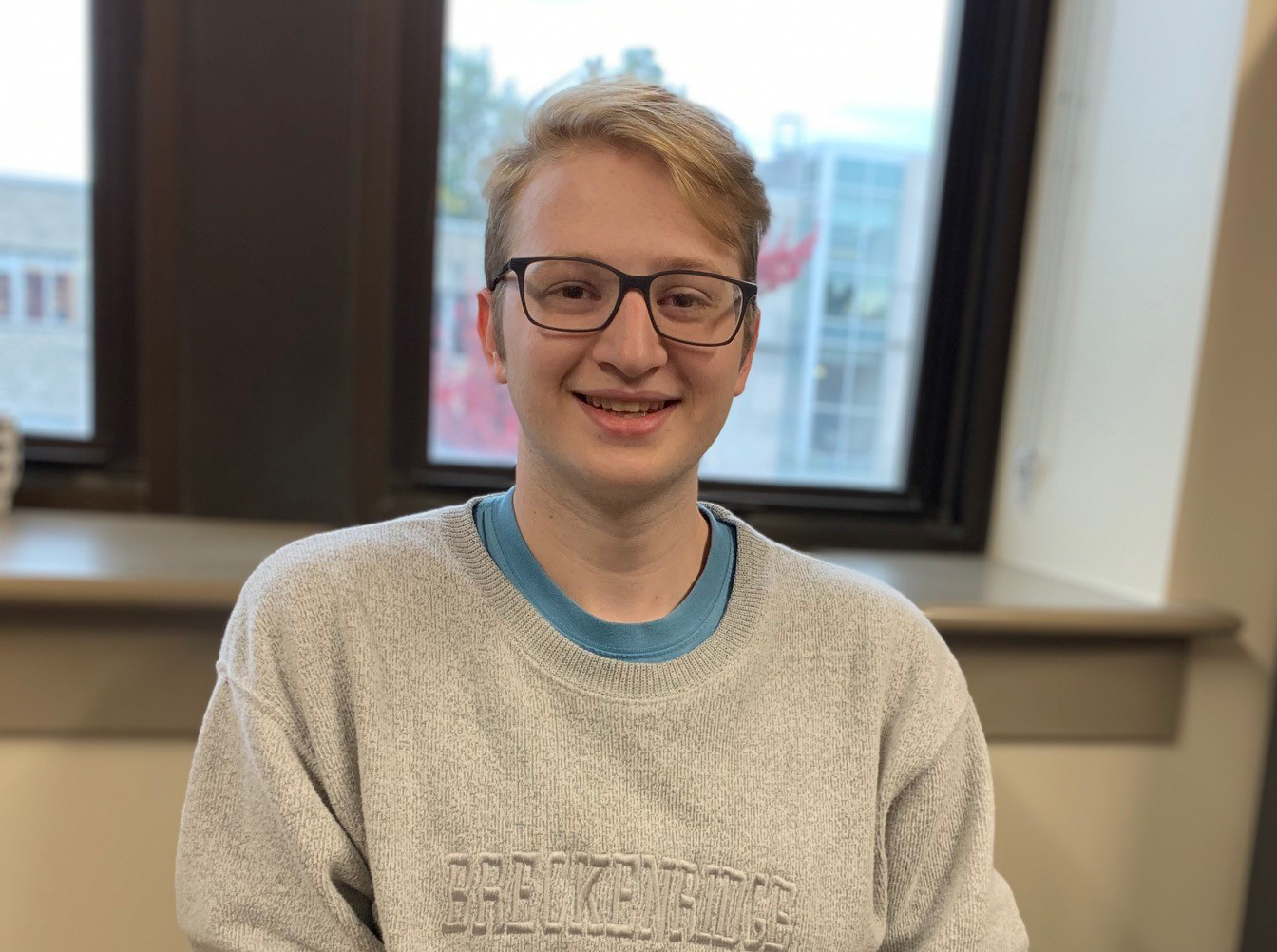 Xander Phillips, a first-year undergrad student, recently accepted a position with geography and history departments as a student worker.

His duties in geography include a myriad of work, including creating content for Facebook using Adobe Spark for design elements, working with the giant maps as part of the Missouri Geographic Alliance Giant Traveling Map Program, general office duties, and specialty projects.

Phillips is considering pre-law as a degree, and as a part of the prelaw emphasis, he can major in most any program, such as history or political science. After he receives his BA, he can go forward with law school.

“I’m not sure I want to be a lawyer though,” Phillips says. “I’m considering social work, but not sure I have the heart for it. It’s really difficult work, working with the underserved. I feel like I’d get attached, and that’s not cool. Even if I go to law school, I’d go into family court – I don’t see myself working outside of the underserved (community).”

The Lee’s Summit resident followed in the footsteps of his two sisters who attended Mizzou. The oldest, Samantha, graduated Sigma Kappa in biosciences.  His other sister, Sydney, attended in 2018-2020 and studied art therapy. She is a tattoo apprentice. He also has a younger brother, Jax.

I’m not sure I want to be a lawyer though. I’m considering social work, but not sure I have the heart for it. It’s really difficult work, working with the underserved. I feel like I’d get attached, and that’s not cool. - Xander Phillips

“He is just the best,” Phillips says. “As kids, we were really really close. He had a health scare when he was really young, but he pulled through and we are only closer as a result.”

Family is at the forefront of Phillips’ loves. “I’m definitely a family person,” he says. “I have two tattoos. One tells me to protect my family and the other speaks to the vulnerability of men. It’s a tattoo of the statue of David after he killed Goliath. He’s crying, just feeling and releasing emotion. And that speaks to me a lot.”

Phillips has a lot of hobbies, such as sports, singing, Xbox games, watching shows and movies. “I used to read a lot, but now in college I’m reading an insane amount more,” he says. “But I’m not reading so much for pleasure – what I used to do as a hobby.”

He is also in the process of a name change. His first name, Xander, came from the TV show “Buffy the Vampire Slayer.” He’s taking his stepmom’s last name: Mulhall.

His goals? “Just to get a great education,” he says. “I think the next step in education is not an option and being able to achieve that is something worthwhile. If I just do four years, it’s worth it. If I decide to do more, it’s even more worth it.”