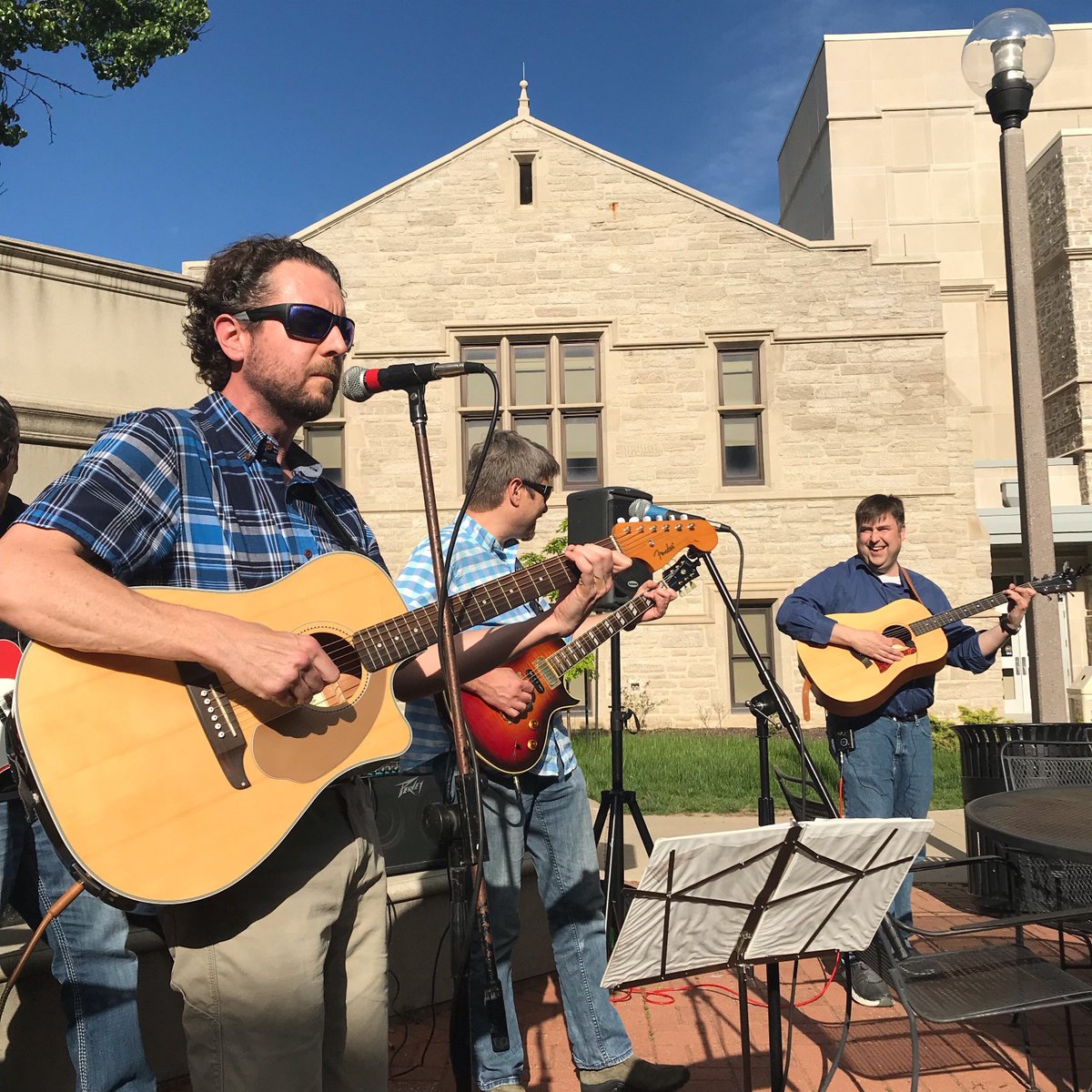 Department’s faculty band at its finest

If you’ve been around the geography department for any length of time, you’ve probably already heard of the Urban Coyotes (Ki-yotes) Faculty Band comprised of geography professors and one student who play music and perform as a hobby.

The band performs about three times a year, including at the geography tailgate Homecoming party (October), a summer pool party (August) and the end-of-year department celebration (May). Most of the band’s members have been playing together for about two years.

“It was Mark’s brainchild,” says Soren. “He put this all together. It was just one of those things: we all looked around (at each other), and each of us was playing music and liked music.”

They named themselves the Urban Coyotes for two reasons. “Coyotes are everywhere,” Soren says. “Urban coyotes are everywhere. Even here in Columbia you can hear the coyotes. They are always roaming the landscape and cityscape, yet you can never really wrassle them up. We like to fancy ourselves, as geography faculty, kind of like urban coyotes. We are on the loose. Sometimes you hear us howling at the moon. Sometimes we are in your trashcans. Sometimes you almost run us over. Coyotes are half wild, half tamed, the in-between critter, a little mangy.”

They also named themselves after Michael Urban, former chair of the department. “We are like Mike’s urban coyotes,” Soren says. “Mike was the chair and we are his coyotes. So, it has two meanings.”

They play a mixture of music — from classic rock to country, from originals written by Grant to hard rock. They practice in Mark’s basement on average two to four times before each performance.

Soren says he enjoys the beauty of music. “It’s a diversion from thinking, like academic thinking. It gets me out of my head, makes me more present. That’s part of the beauty of it. And that’s probably true for all of us in our own different way. I know we all turn to music as a release from the stress of the academic career. Plus, it’s nice to be amateur at something. My dad was a musician and I didn’t want to become professional; geography is my work.”

When asked what he hopes to achieve with music, Soren says “Fame and fortune! Just kidding, Really, a stronger community and to celebrate the community that we are as geographers. I think that’s what it’s all about for me. It’s a way of bonding, not with just others in the band, but everyone who is there at that particular performance. It really ties the room together.”

As for listeners, Soren would like for students to see that faculty are regular people, too. “And we can have fun as part of our work. That being a geographer is about more than just working in a geography department. It’s about community.”