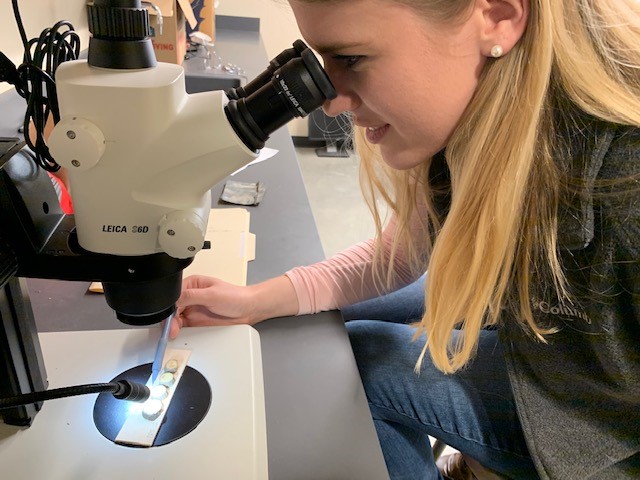 Second-year geography graduate student Sydney Bailey is working with Professor Grant Elliott, leading the reins on a study using tree rings to reconstruct seedling regeneration at the upper tree-lines in the Sangre de Cristo Mountains in northern New Mexico and southern Colorado. Their goal is to see the effect of climate change on seedlings and note how vegetation interactions have shifted over time.

They sampled vegetation at six sites on three mountain peaks: one peak northeast of Santa Fe and one north of Taos Ski Valley in New Mexico and another peak south of La Veta, Colorado. Bailey and Elliott, along with the another biogeography graduate student, Steve Cardinal, spent three weeks hiking and studying these sites during late July and early August. Their summer field season was pushed back nearly two weeks because heavy spring snowpack kept these high-elevation environments snow-covered into July.

Professor Clayton Blodgett joined the field crew to help at their Santa Fe-area site, and Cyd Smith, an undergraduate student, is helping in the lab to process samples in preparation for dating them under a microscope. 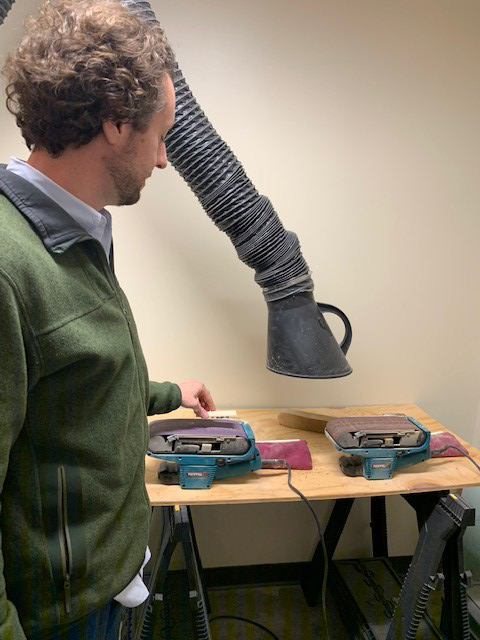 Professor Grant Elliott demonstrates how seedling cross-sections are sanded, minus the safety goggles, earplugs, and  mask.

“We hiked around 30 miles to sites there (in Colorado) that were located over 12,000 feet,” says Elliott. “Steve helped us sample. He was the fasted downhill hiker I’ve ever seen. He was cruising.”

The terrain was steep, where high-elevation forest transitions into alpine tundra. They took specimens of small trees, seedlings really, shorter than 1 meter.

“We were looking at the annual resolution of seedling establishment to see how climate vegetation-interactions have shifted over the past couple of decades,” says Bailey. “Looking at annual resolution data will be helpful in predicting short-term vegetation response to the changing climate. Right now, most data out there cover very coarse time scales. And the climate has been rapidly warming and drying over this time. It’s something we should try to understand. You never know what the outcome will be.”

Elliott says this past summer’s research will likely show that drought stress has reached the highest extent of mountain forest in the Southern Rocky Mountains. “It means that the entire mountain forest-belt has come under the influence of hotter drought.” 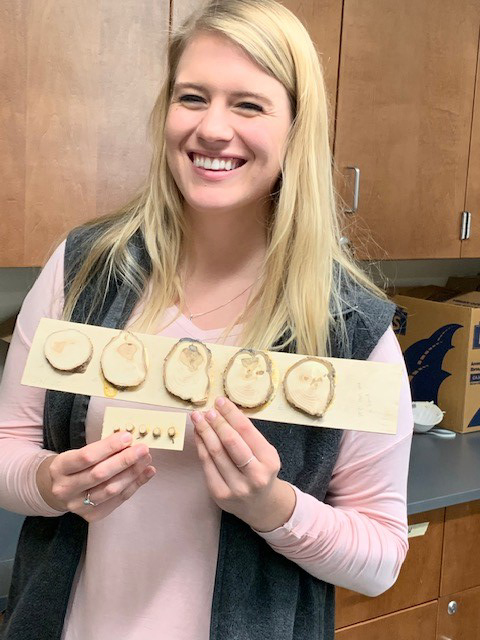 That’s the zing. The general thought of climate change in those areas is the trees are primarily or exclusively driven by temperature rather than drought, Elliott says. “It’s the classic belief. We’re finding evidence this might not be true, especially on south-facing slopes, as drought-stress continues to engulf higher elevations. It’s been increasingly hotter and drier since I was last there (2007) and there has been more than a decade of sharp rises in temperatures and we wanted to see how that was expressed across the landscape at treeline.”

Bailey took her first geography class when she was a senior at Mizzou in 2018, and is now working on a master’s in geography with an emphasis in biogeography. “I really liked what Grant’s research was doing,” she says. “My background was more agricultural and this was a good chance to study the influence of climate on forests.”

“This means the most recent tree regeneration is happening on the north-facing slopes where there is more moisture available,” Elliott added.

Sydney is currently in the process of analyzing the data in the lab in the basement of Stewart Hall. She takes samples, cuts off the tree trunks, sands them down, and views them under a microscope to date them. She then charts the rings, telling the age of the seedlings.

She shared her research — which she has been doing since fall 2018 and will continue until she defends her thesis in April. Most recently, she presented a poster on this topic with emerging preliminary results at the Regional Association of American Geographers, held Oct. 24-26 at the University of Northern Iowa in Cedar Falls.

“This is my thesis research,” Bailey says. “I liked what Grant had done in the past and this was a continuation of his past research with a new twist on it.” 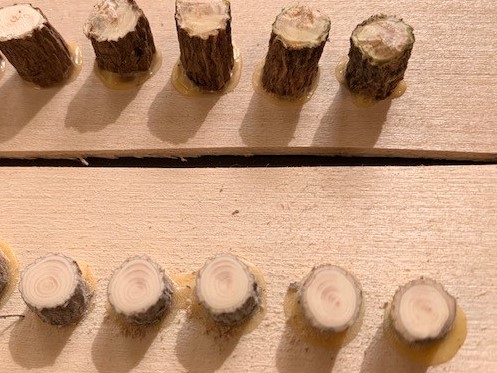 An example of how seedling cross-sections look before (above) and after (below) sanding is done to permit examination of the annual rings. 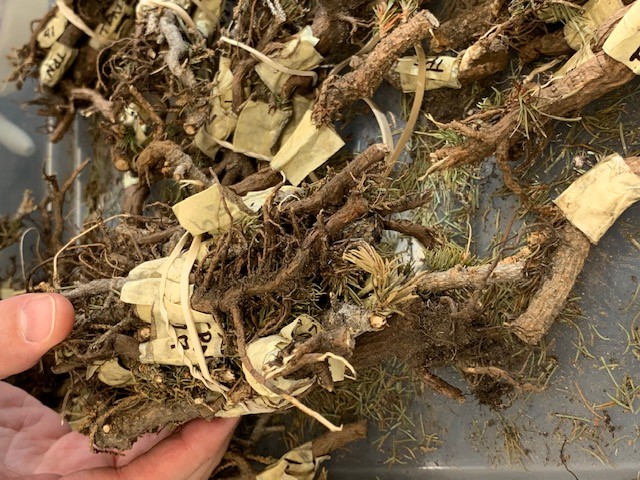 A bundle of tree seedlings that were harvested at upper treeline in the Sangre de Cristo Mountains.