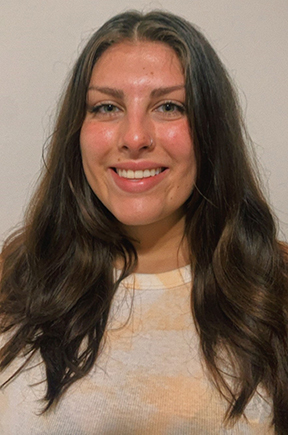 There she will work with homeless and Latinx peoples

Fran Rodriguez-Hart, a senior in the geography department at the University of Missouri, recently received a full-ride scholarship to the University of Nevada Reno, and is waiting to hear if she will also receive a $10,000 Dean’s Merit Scholarship.

Rodriguez-Hart applied to five universities for her masters in geography, and was accepted by two. She chose Nevada because her advisor, a professor who helped her through the application and advising process, connected in a personal level.

“We got along and had similar research interests,” Rodriguez-Hart says. “That’s the biggest reason I chose them. I feel there is going to be a good community there – a good cohort.”

Rodriguez-Hart says her emphasis is in human, regional and cultural geography, and says her interest is more on the impacts of marginalized communities – the people and their place in the world. Her research while at the University of Nevada goes well with her focus.

Rodriguez-Hart was accepted for a research assistantship at the university. While there, she will work on housing and security issues for the Latinx community while conducting qualitative and quantitative analysis.

She will also begin her thesis work. “I’m really interested in the homeless community and understanding the political, spatial, and social inequalities they face,” she says. “So, I’ll probably look at how they are marginalized in society. I can work with (transient) people and maybe create a map where these issues and inequalities are happening.

“I really like working with people and hearing their stories, and I guess helping as much as I can.”

She says her time at Mizzou over the last four years has had lasting impact.

“My main takeaway is that learning is fun,” she says. “It’s not just about getting a degree, it’s also about doing something that feels and is important.

“I would say another takeaway is getting to know the community and people you are working with, because it helps you with school, for example your classes and academic work, as well as creating a community and facilitating life-long relationships.”

My main takeaway is that learning is fun. It’s not just about getting a degree, it’s also about doing something that feels and is important. - Fran Rodriguez-Hart

Her advice to others thinking of or currently in a four-year degree program includes having the confidence to get to know professors well. “They are not as scary as they seem,” she says. “Especially for geography. Put in an effort and make the topic interesting for yourself and do what you want to do.”

She says she will most miss the faculty she worked with, her fellow students and her friends, and will always remember the 2019 Maymester trip she took with other students and professors to the Colorado Rockies.

“We traveled to a bunch of different cities in Colorado and did a multitude of things,” she says. “We went hiking, we would talk about vegetation, we would talk about the geology, learning and understanding what the Rockies once were while being able to hike and explore.

“I want to add I’ll miss my geography Dad Band (a band called “Urban Coyotes” made up of geography professors and herself). “I will miss getting to play music with a bunch of my professors, perform music. We had a lot of band sessions, and it was just fun getting to play and perform.”