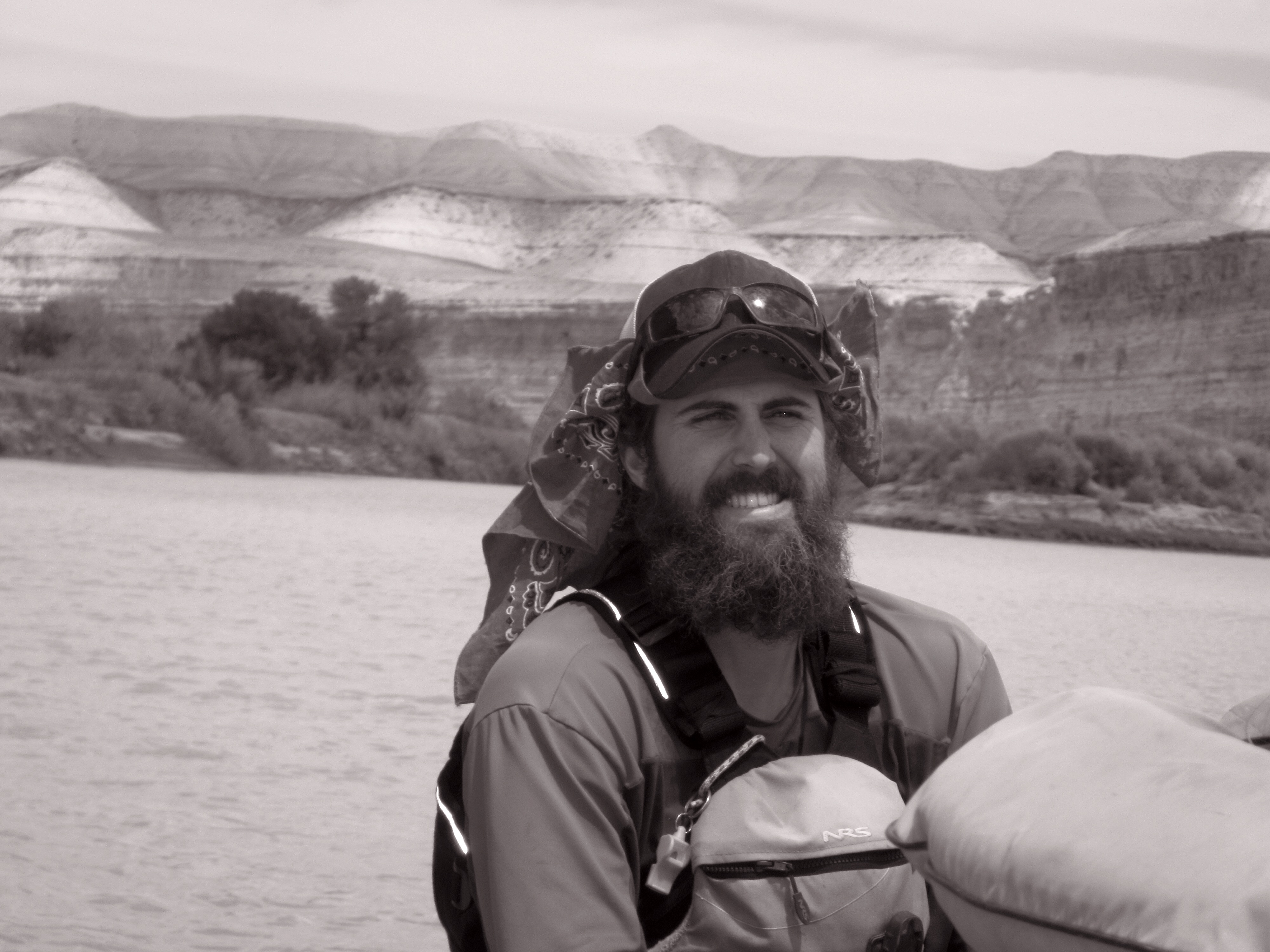 At least that appears to be the case for geography alumnus Brad Hanson and graduate student James Kaemmerer who each recently won the prestigious Green Chalk Teaching Award for their outstanding teaching assistantships (TAs) in geography through the College of Arts and Science (A&S) for the spring 2019 and fall 2019 semesters, respectively.

“It’s truly impressive that geography has won the Green Chalk Award two semesters in a row!” says Soren Larsen, department chair. “It really shows just how excellent our teaching assistants are in this department.”

Even the dean of A&S, Patricia Okker, has kind words of encouragement and accomplishment: “I am thrilled that the Department of Geography has had Green Chalk Award winners two years in a row. This recognition attests to the tremendous contributions of James Kaemmerer and Brad Hanson and to the overall commitment to teaching excellence in the Department of Geography.” 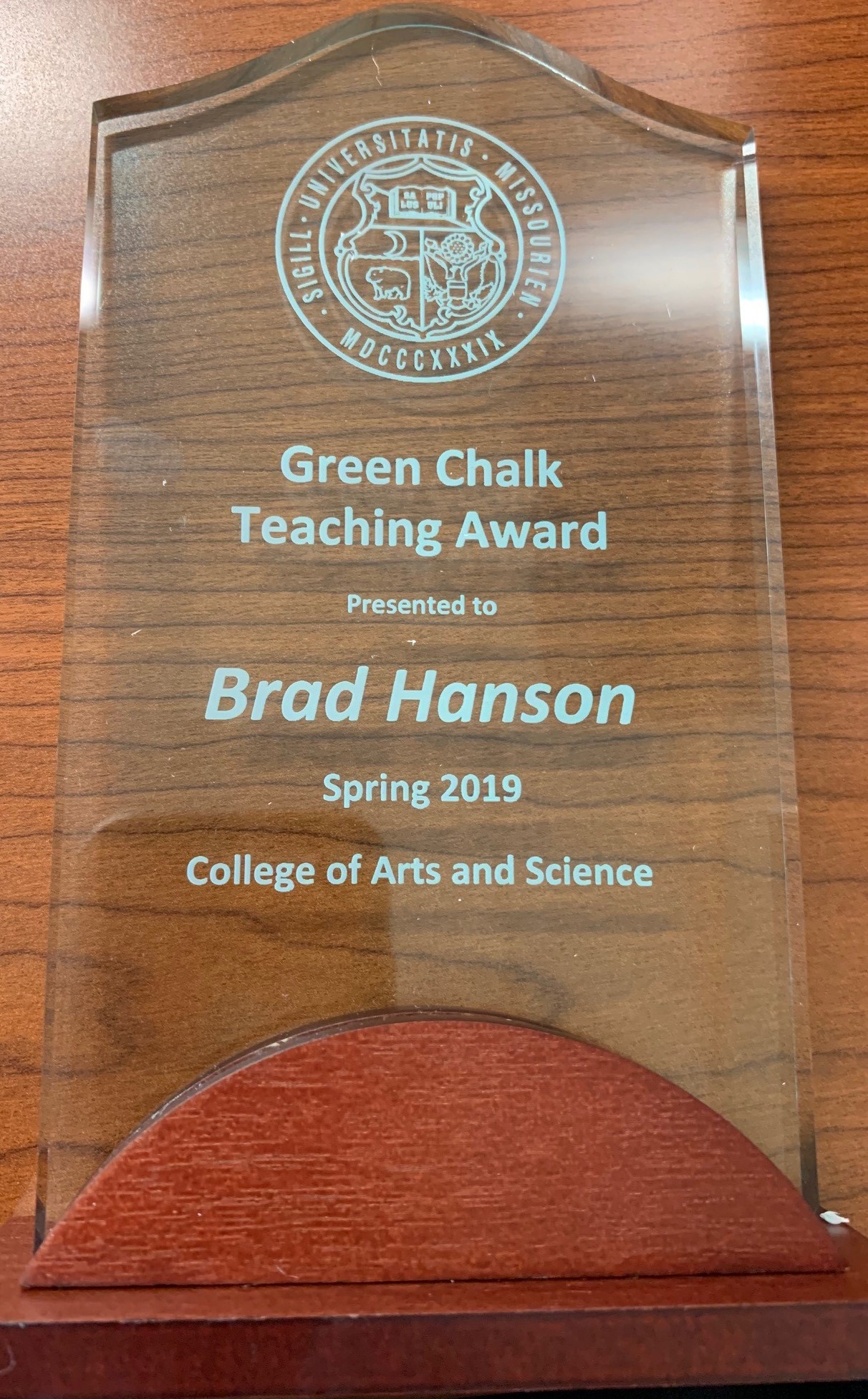 Both serve(d) as TAs — Hanson from fall 2017 to spring 2019 — and Kaemmerer from fall 2018 to fall 2019 (and tentatively spring 2020). There are two other chalk awards: blue for advisors and purple for professors, says President of A&S Student Council Mary O’Brien.

Tom Battistoni, now an attorney in New York City, was the president of the council that created the awards, says Theodore A. Tarkow, who currently is a lecturer for ancient mediterranean studies, and was assistant professor of classical studies in 1974. Tarkow was among the first Purple Chalk Award recipients.

The Purple Chalk Award was created in the mid-70s. Subsequent councils added the “blue” and “green” chalk awards, he adds.

“The Green Chalk Award serves as an incredible opportunity for students to recognize an exemplary teaching assistant,” O’Brien says. “I want to personally congratulate (them) for each receiving this award.”

There are typically four to 15 nominations for each chalk award through A&S, she says.

Hanson currently resides in Moab, Utah, and works as a river and survival guide. He has been with Outward Bound since 2012 and Boulder Outdoor Survival School since 2016, guiding people on outdoor expeditions and teaching survival skills. He says his schooling and TA experience made him more comfortable and skilled at addressing large groups (100 or more people). In addition, TA-ship has helped him experience the different lifestyles between being and outdoor educator and working in a formal setting, and honing lesson-planning skills.

Kaemmerer says his skillsets as a teacher and student will help him in his career, as well. He noted technical (GIS) academic research methods (qualitative and quantitative) have expanded his skillsets, as well as learning how to get students engaged in a classroom setting. 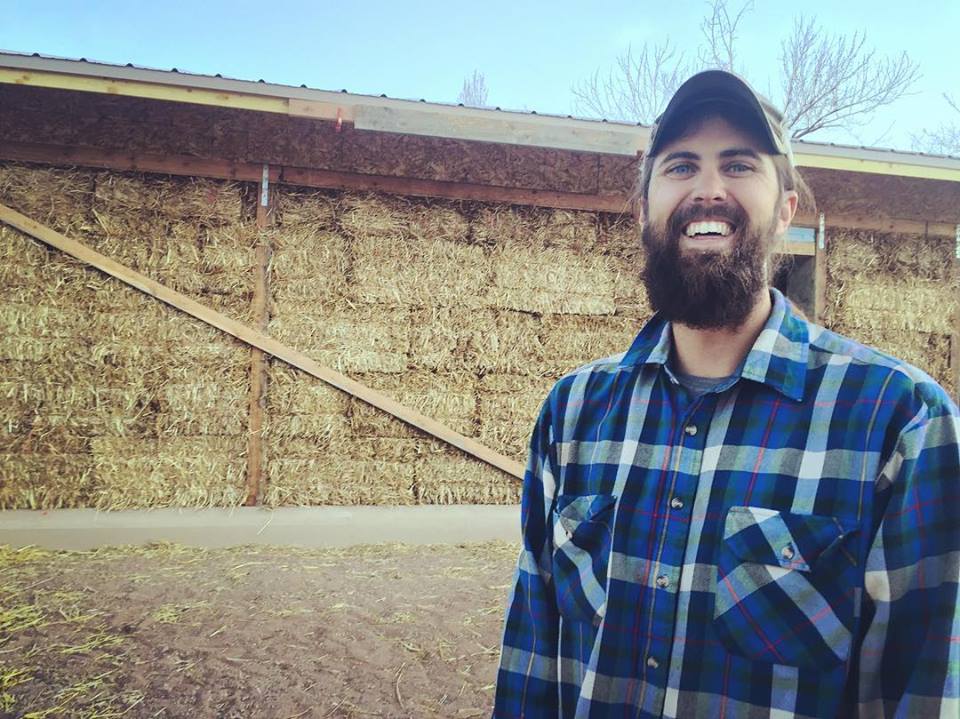 “There are many ways to be a TA,” Kaemmerer says. “And the responsibilities necessarily extend beyond the classroom.” He says it’s been wonderful to experience students who are bright, capable and interested in the subjects he teaches.

Hanson says the best part of being a TA was the earned freedom geography professors provided to him to organize and conduct discussions in nuanced, place-based ways: for example, leading a classroom to a nearby cemetery to discuss genocide and racism in the Congo region of Africa, and how those issues touched home as well, in Missouri and Columbia.

The class also discussed the Eastern Asian region and had conversations with international students from the Asian Affairs Center. “Even if we can’t travel, we have thousands of students who lived there and live over here now,” Bradford says.

Both Bradford and Kaemmerer stress a good mentor/student relationship.

“Any success that I have achieved is because of amazing students,” Kaemmerer says. “As well as a supportive faculty and an inspiring peer group of fellow TAs.” He says when he learned he received the award he felt “surprised and undeserving.”

Bradford says the award “humbles me and fills me with joy. My first couple of semesters had me really working hard to transition from outdoor education to the formal setting. So much was different and I was not sure if I was going to experience the success I desired. Receiving the award provides feedback that we had success.”

And as for Kaemmerer, he jokes: “To those anonymous person(s) involved in this nomination: Don’t think this gets you off the hook (smiles). Keep up the good work! There is still much to be done before the semester is over.”