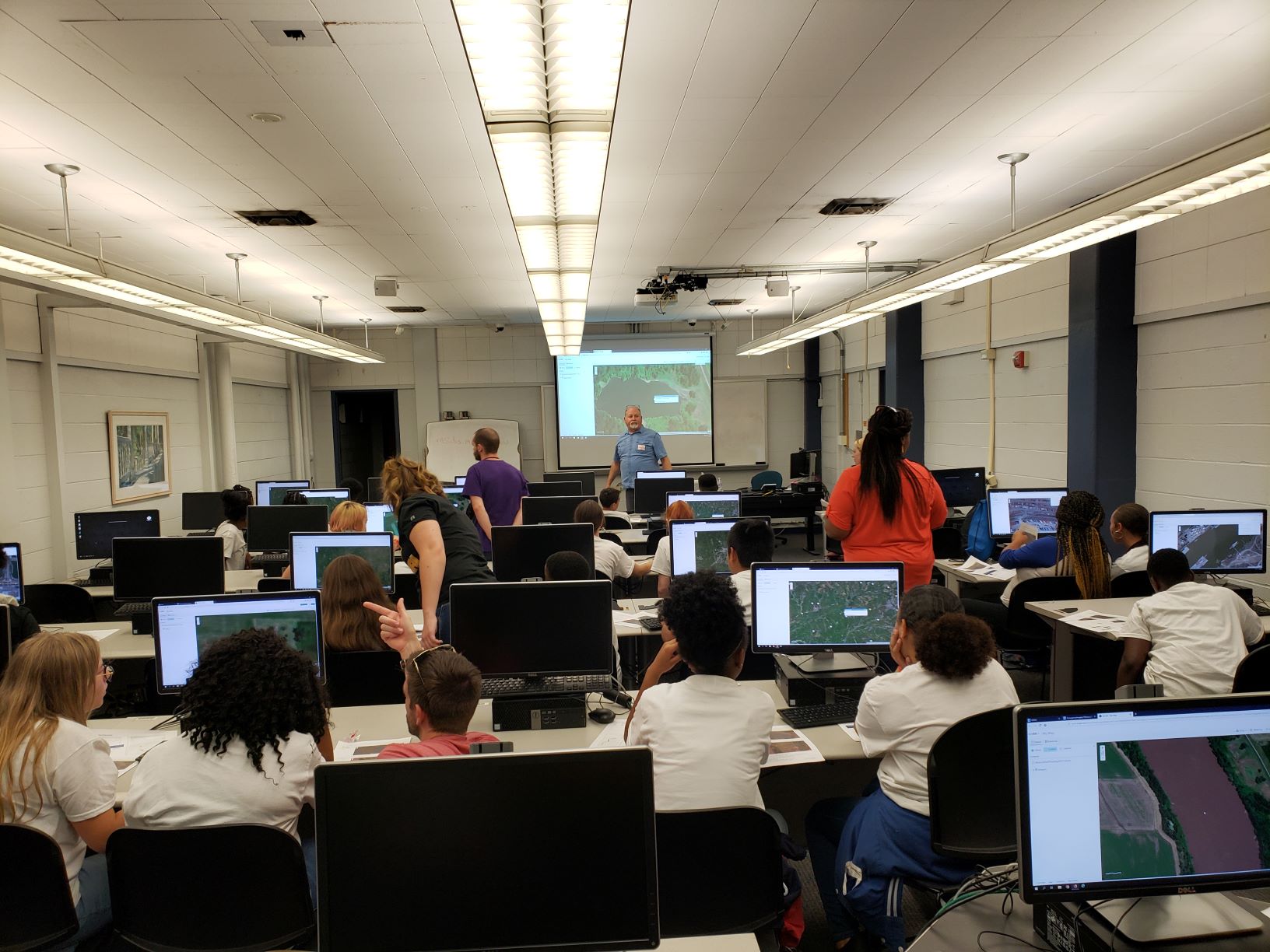 The students came from both the Saint Louis and Kansas City metro areas and were middle-school-aged, adds Kaemmerer. The Department of Geography joined several other groups from Arts & Science as well as other departments around the university in this all-day event. The day ended with a tailgating party and Mizzou football game. In attendance with the students were chaperones, teachers and parents.

Kaemmerer says Dr. Blodgett’s presentation was relevant and engaging. “We looked at satellite flood imagery from this last summer, comparing before and after imagery of the floods,” he adds. “Students were able to see the extent of flooding along the Missouri and Mississippi rivers.” They were also introduced to MSDIS, Missouri Spatial Data Information Service, a spatial data retrieval and archival system.

“There were lots of ‘wows’ and ‘oohs’ and ‘cools’ as students looked at the (Saint Louis) arch and then saw water reaching to the top steps of the arch park area,” Kaemmerer says. “It was a great way for students to see the human environmental interaction in areas they are familiar with, close to home.

“Hopefully some of these students continue to nerd out for the next four or five years in hopes that they become geography majors somewhere—wherever they go, wherever they end up. Arts & Science is a big college, so it’s nice that our relatively small department could have such an outsized presence in these events.”