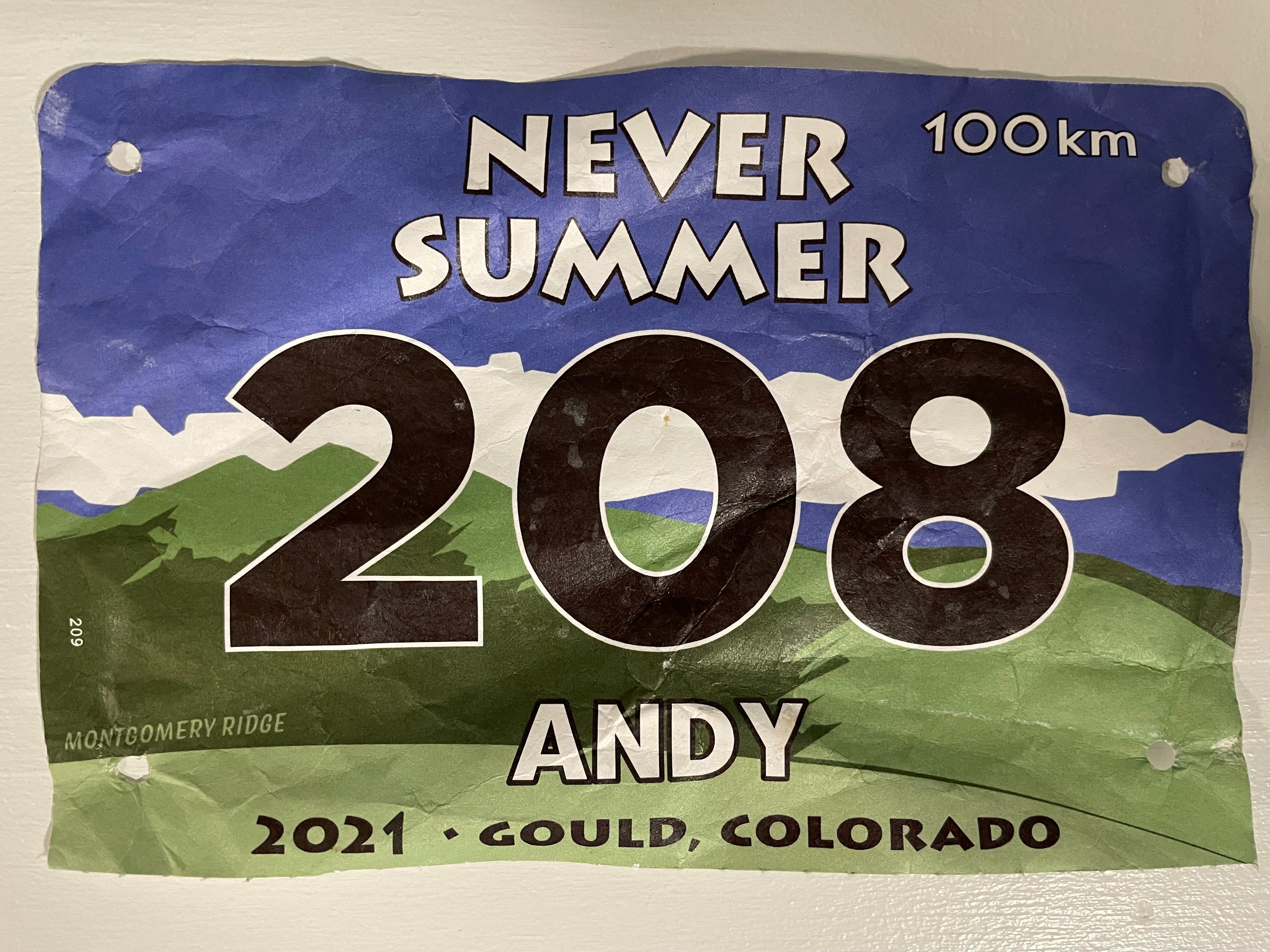 When Andy Emerson ran the Never Summer 100K race in 2019 in Colorado, he said “never again.”

The award-winning runner placed an unusual 169 out of 220, and battled rain, hail, high altitude and mountain ranges. It was an off race, and he wasn’t thrilled about the outcome.

However, this year, when some friends said they were going to race the Never Summer, he decided he would do it. “I wanted to see if I could improve,” he says.

It was held in a remote area of Colorado, mainly mountainous though there were some open areas, trees and single-track trails through the woods.

“But most was running below the tree lines,” Emerson says.

The seventh annual race was within the boundaries of State Forest State Park, which is on the northern border of Rocky Mountain National Park. It started in Gould, a community with one lone visitor center. 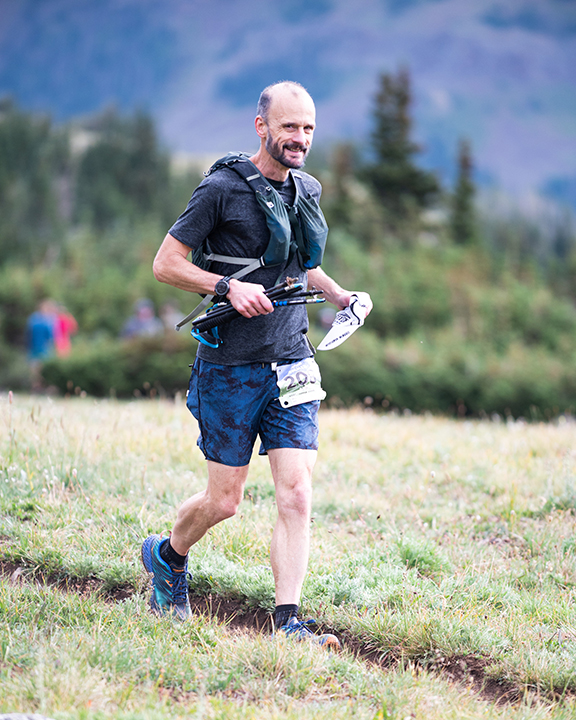 The temperature was a beautiful 50-75-degree day in July and the skies were cloudy. Three hundred people were allowed to sign up for the race, on a first-come basis. Only 204 finished, and he notched himself up on the pole: 74th place overall and third for his age category (Grand Masters, over 50).

Never say I will never do something again. I decided to give it another chance and I felt more prepared this time. Just because you don’t do well the first time, doesn’t mean you can’t improve if you try another. - Andy Emerson

“I liked getting done earlier,” Emerson says. “I got done the same day I started, 17 hours and 25 minutes. We had 24 hours to finish, and I completed it a little more than four hours faster than I did in 2019.”

His takeaway: “Never say I will never do something again,” he says. “I decided to give it another chance and I felt more prepared this time. Just because you don’t do well the first time, doesn’t mean you can’t improve if you try another.”

Still, it didn’t go without problems. “A lot of people have trouble with the altitude,” he explains. “Your heart rate is sometimes higher. I didn’t have an issue until about 50 miles into the race. My heart rate was getting up really high and I was just walking; I couldn’t even run. It lasted about eight miles and then went back down.” 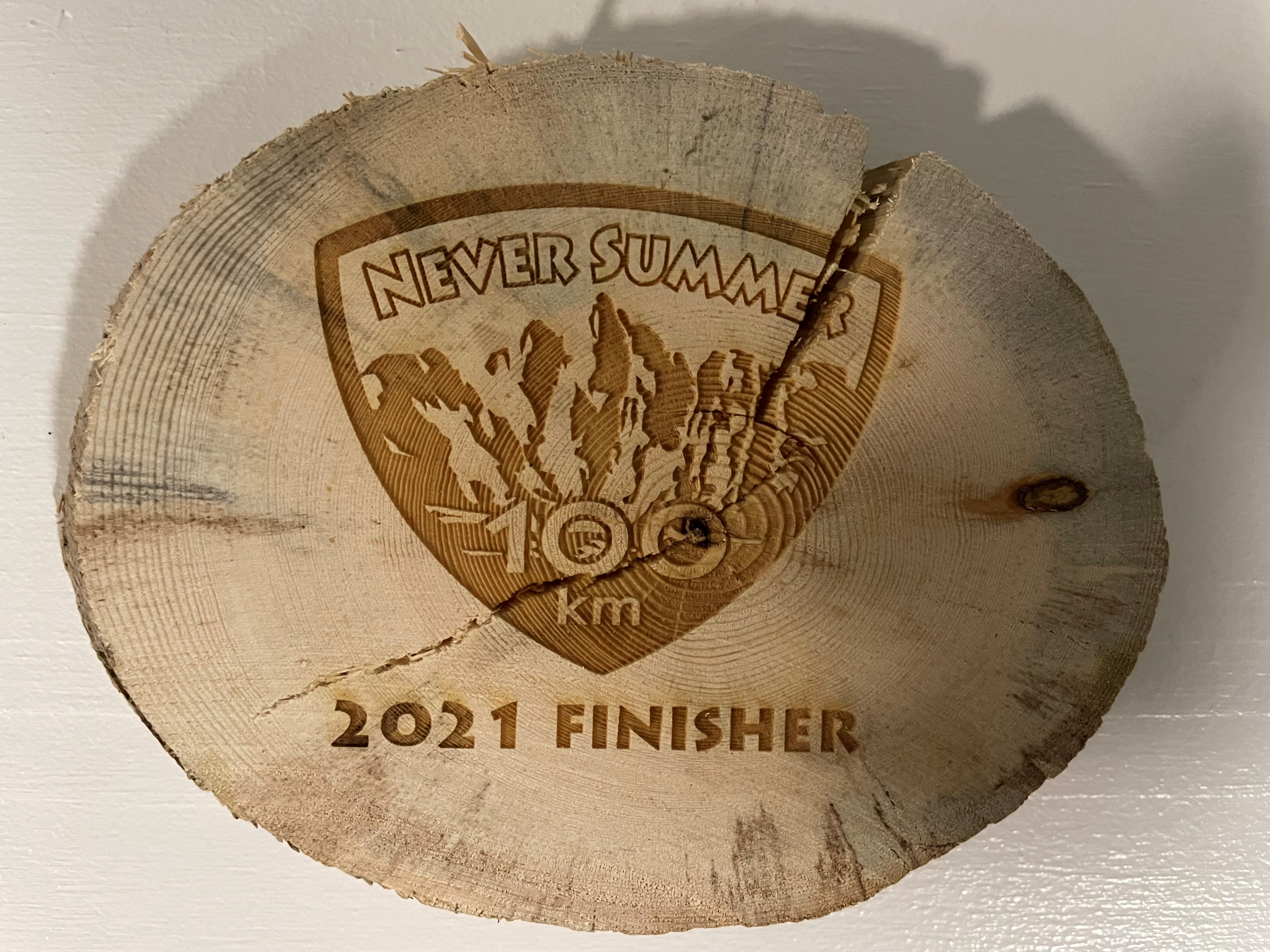 Will Emerson do it again? Likely not. But not because of disappointment. Just because he’d like to try other races in Colorado so he can see different parts of the state.

Meanwhile, he is preparing for the Heart of America Marathon in Columbia on Labor Day. The 26.2-mile loop starts at Boone County History and Cultural Center, goes down to the Missouri River, then back again. All on paved or gravel roads.

“What I learned is that sometimes it’s ok to feel defeated,” he said. “But you just have to keep on moving and eventually you’ll recover.”