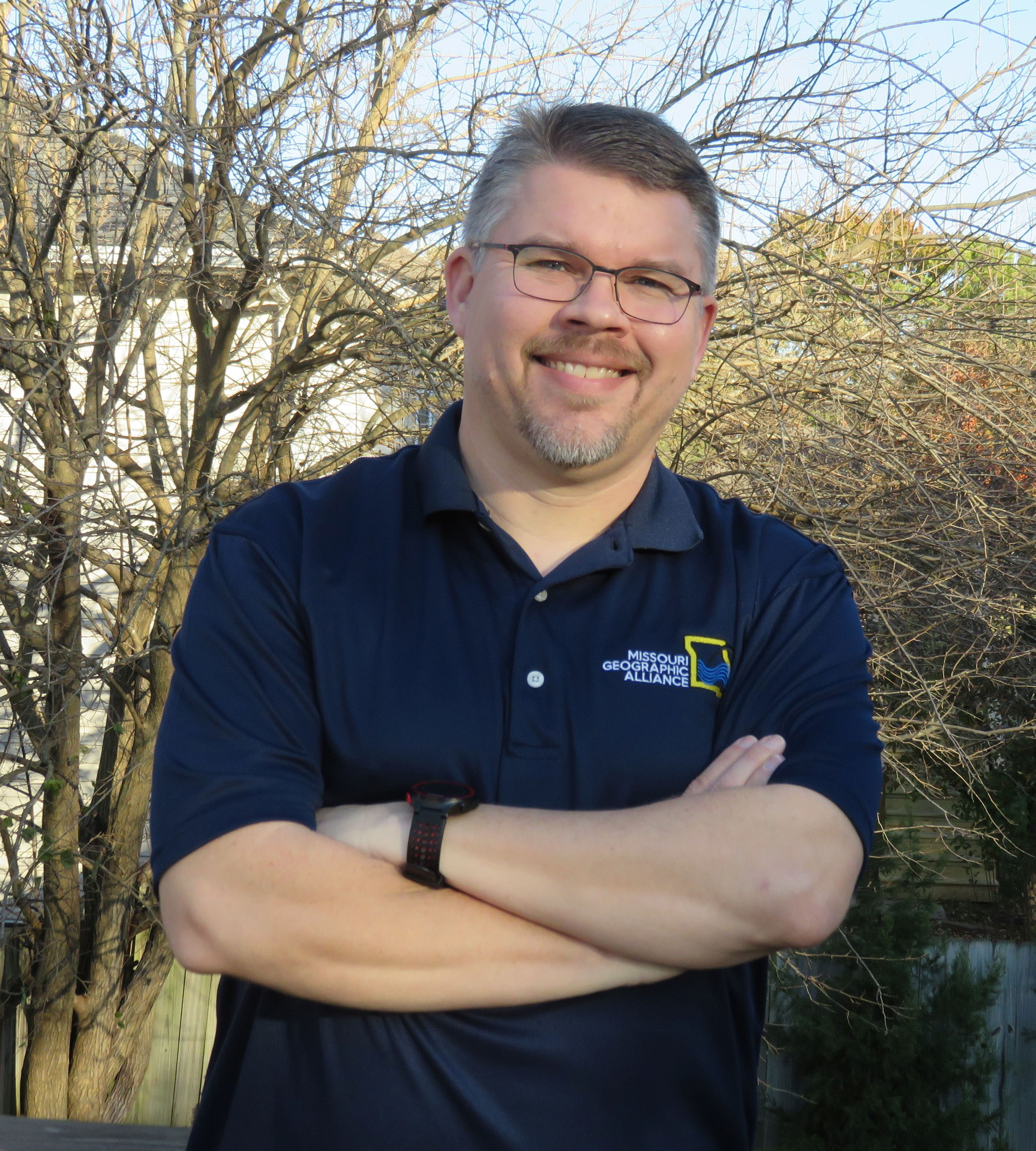 Professor Doug Hurt recently won the National Council for Geographic Education’s (NCGE) Distinguished Mentor Award, which honors university faculty who have been exceptional at mentoring students of geography and geography education. He will be formally recognized by the NCGE community at an awards ceremony in Austin, Texas, on Friday, Nov. 22.

His research interests include geography patterns resulting from attachment to place and the homeland concept; geographies of public memory, heritage tourism, and popular culture; K-12 teacher training; and sport and regional identity.

He is currently director of undergraduate studies, and also heads the Missouri Geographic Alliance, a state network of teachers and educators. He is the fourth in the geography department to win this prestigious award since its inception in 1979. Jessie Wheeler won in 1990, Trenton Kostbade in 1994 and Kit Salter in 2003.

Not an Every Day Event

“It was a very nice surprise (winning this award),” says Hurt. “It’s not every day you get recognized for doing a good job. And it’s a little awe-inspiring to be in a select group of award winners. Wheeler and Kostbade started the Regions and Nations textbook. Professor Joe Hobbs writes it now.”

The Regions and Nations class is taught each semester, usually with 150 students or more.

“Also, Kit Salter was one of my mentors here during my MA. So, it’s pretty humbling to be included in any sentence that involves Wheeler, Kostbade, and Salter,” adds Hurt.

Hurt will be accepting the award in person, and will be presenting “Versions of the Same Scene: Looking at Your Hometown landscape,” at the conference as well. The workshop describes the different methods teachers can use to engage students in their hometown, or downtown, while looking at the landscape with different viewpoints.

When asked why he nominated Hurt, Widener says, “I think the better question is ‘why didn’t I nominate Doug sooner?’ There are very few professors who I’ve met over the years, both as a student and now professionally, who take the time to work with students like Doug does.

“He listens, encourages exploration, and while it might seem trite, he is just a nice person. Doug’s mentorship is why I personally became a professional geographer, and why several other students pursue and have pursued geography as a major.”

Widener said he first met Hurt as a student in summer 2006 at the University of Central Oklahoma where Hurt taught. “I remember his class as if it were yesterday,” he says. “Doug had just returned from a field experience in Peru. As he showed slides from that research trip in that summer class, couching them in terms of geographic themes and concepts, students in that class witnessed his passion for our discipline. Within two days, I was in Doug’s office completing a change of major from math education to geography. I was hooked!”

Hurt says he has taught about 7,000 students since 2000. He adds mentorship takes a lot of patience and that it must be a reciprocal relationship. “Obviously the mentor has to have the best interest of the student at heart and listen, listen, listen. But at the same time, the student has to be willing to take the advice and to think about their goals and objectives and future. It is very much a two-way street.”

Hurt has had mentorships extend beyond the classroom and Mizzou. “Quite a few of my students I keep up with today whom I taught 10 years or 20 years ago,” he says.

“Again, winning this award is very humbling. Definitely one of the better parts about being a professor is that you see people from the beginning of their discovery of geography and then follow them as their career evolves. Two people who wrote letters are now geography professors, one a classroom teacher, and the final working on a second master’s.”

Widener adds: “In sum, Douglas A Hurt represents what it means to be a mentor — he provides motivation and guidance, while serving as a role model to others. In the 13 years I have known Doug, I have not encountered another professor or professional geographer who is more deserving of the award than he is.”