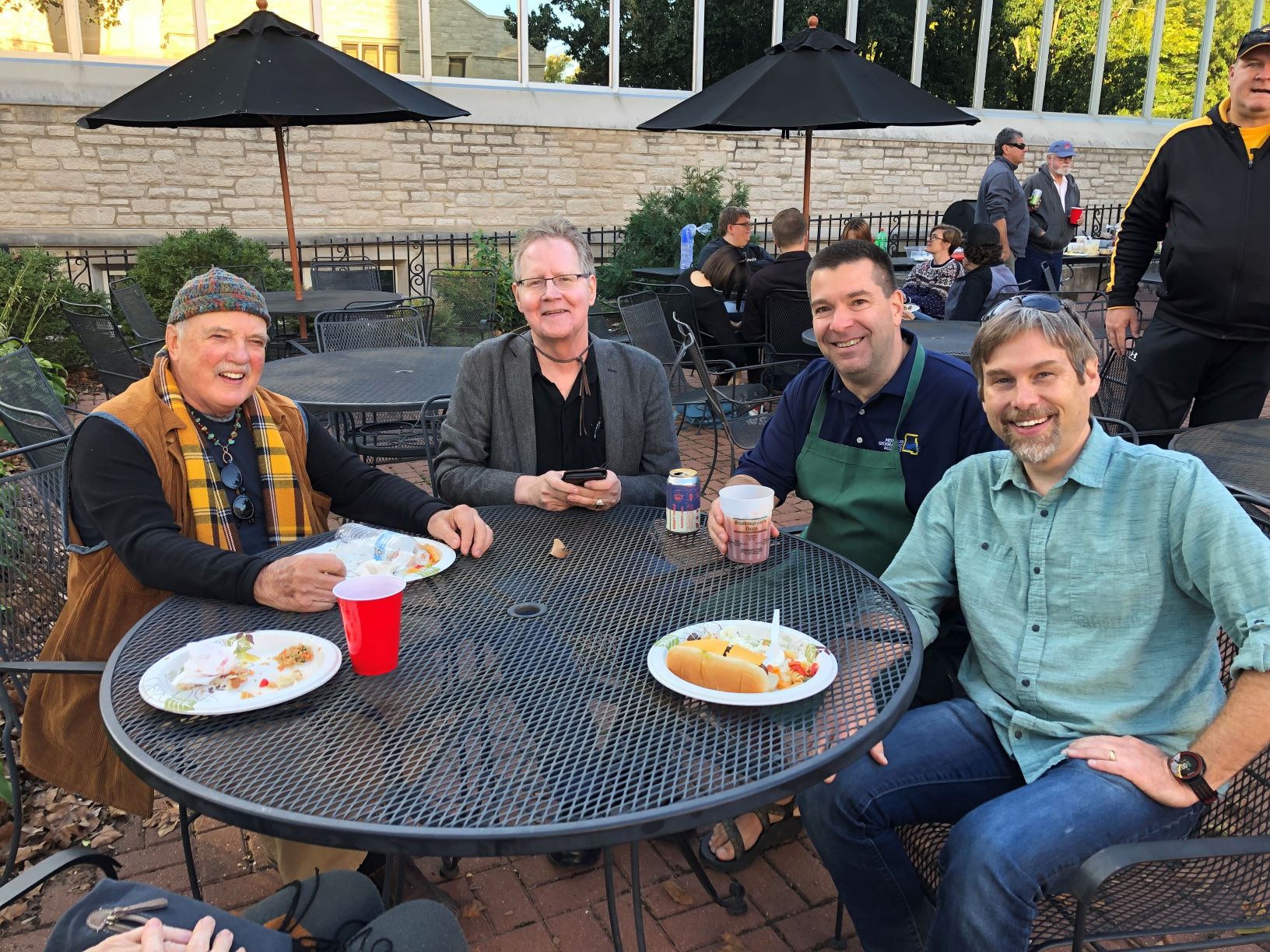 Featuring music, food, games and more, this tradition is a win-win

“The goal is to bring alumni back home, and also to help our current students form relationships with alums that will help them in their career paths after they graduate,” says Department of Geography Chair Soren Larsen. “We had alums from Illinois, Iowa, Kentucky, South Carolina, Colorado and Washington, D.C.”

In all, about two dozen alumni from Missouri and other states were in attendance.

“Everyone there had a good time,” says Larsen. “We had burgers, bratwurst, potluck (food), door prizes, games, a bean bag toss, music and football,” he says. “It’s always a fun celebration.”

Larsen says the tailgate is the biggest event of the year. “People always have a good time. The food is a staple, and Mike Urban has served as grill master for many years now. The Urban Coyotes (faculty band), the kids running around … this is all part of the fun. Also, seeing long-lost faces. It’s nice.”

The event has occurred for at least 10 years, and according to Larsen that makes it a tradition. “The university’s (stylebook) says you can’t call anything ‘annual’ until the third year, but I think after 10 years we have a right to call (our party) a tradition.”