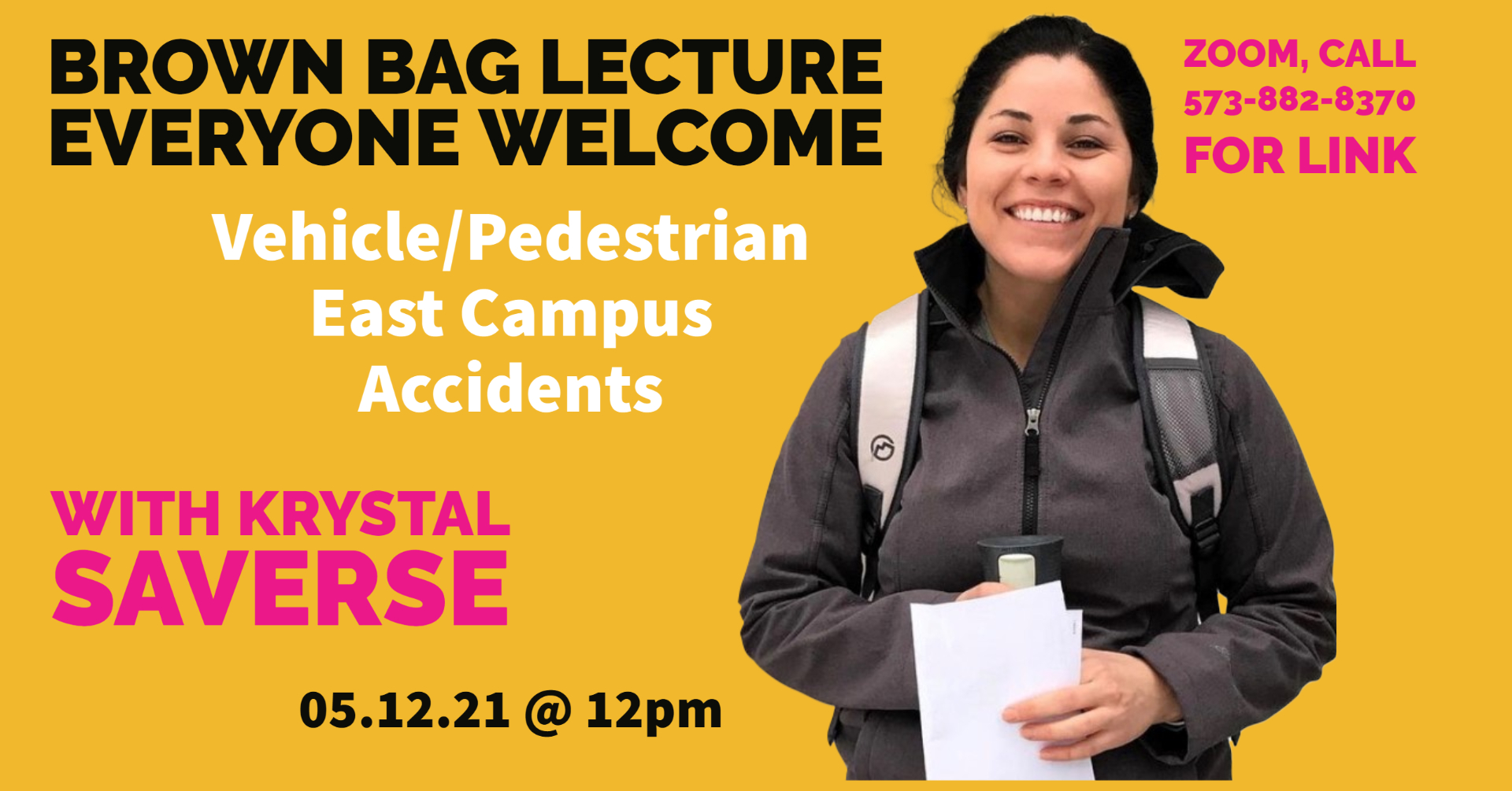 Geography Senior Krystal Saverse will finish her degree by presenting a Brown Bag Lecture for her honors project on Wednesday, May 12, from noon to 1 p.m. via Zoom. Everyone is welcome.

Topic: Pedestrian and vehicle accidents on and off campus through the Columbia city limits, with a focus on those on campus, most specifically the University Avenue/Hitt Street and University Avenue/College Avenue areas.

It was through Saverse’s own experiences that she decided to work on this project, encouraged by undergrad advisor Doug Hurt with Professor Clayton Blodgett’s supervision, as part of Blodgett’s GIS class.

“I had some close calls just walking around campus,” recalls Saverse. “Hitt Street and University Avenue always felt a tad bit dangerous. I would park at the Hitt Parking Garage and they were doing construction near there. Every time I would walk by, I’d get nervous about crossing and it just clicked that I should do my project on that.

“I’d also say as a driver, driving to and from campus also made me nervous because of the student pedestrians. They don’t usually acknowledge drivers or halt for drivers.”

This surprised Saverse, especially since a barrier wall was put in place along College Avenue in 2015 between northbound and southbound lanes of road to stop students from crossing illegally.

Instead, developers planned two conventional crossings at Rollins and University, as well as two other Hawk beacon crosswalks that show flashing yellow and red lights letting vehicle drivers know to slow and stop when students are about to cross by Wilson Avenue and Bouchelle Avenue off College Avenue. Cost of that project was nearly $825,000.

Much of her research came through the Mizzou Police Department and Mizzou’s Space and Management Department, Saverse adds. “They were very forthcoming and helpful about providing crash statistics.” She also contacted the Missouri State Highway Patrol for Columbia pedestrian crash accidents data.

Her work also involved using ArcGIS geospatial software. It took two semesters worth of research to complete the project.